Here is my study notes from CWSP-Official Study Guide – Chapter 2.

In Open System Authentication there are 4 frames exchanged between client & AP. 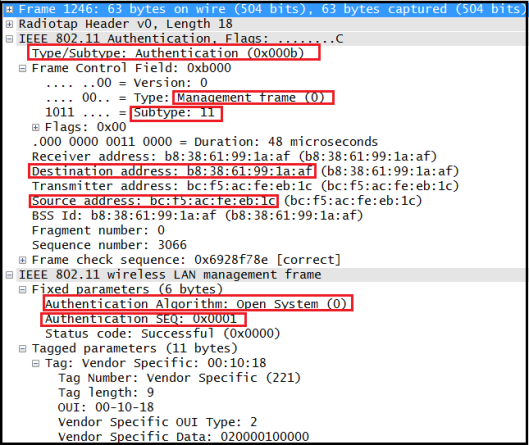 Then AP respond with Authentication Response (frame 1248). As you can see below it has sequence number “2” indicating it is a response frame. 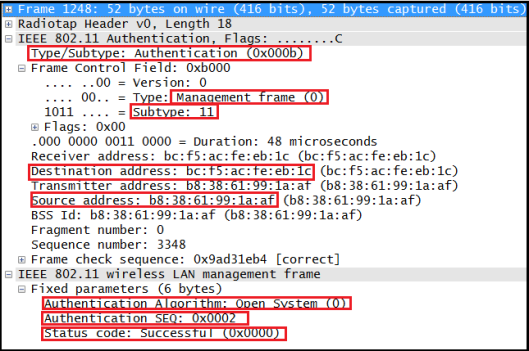 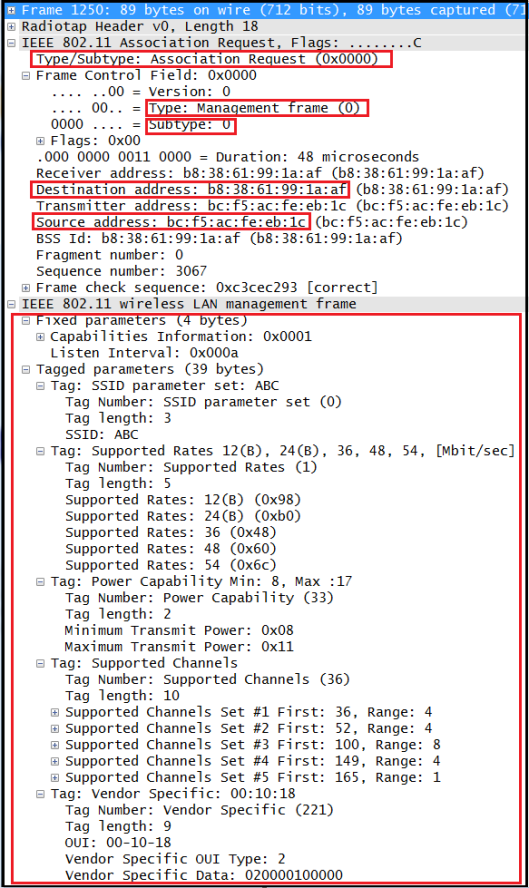 Then AP  responds with “Association Response– Managemet frame with subtype 1″. You can see status code “successful” & association ID has been given. Association response frame can be filtered using (wlan.fc.type == 0)&&(wlan.fc.type_subtype == 0x01) in wireshark. 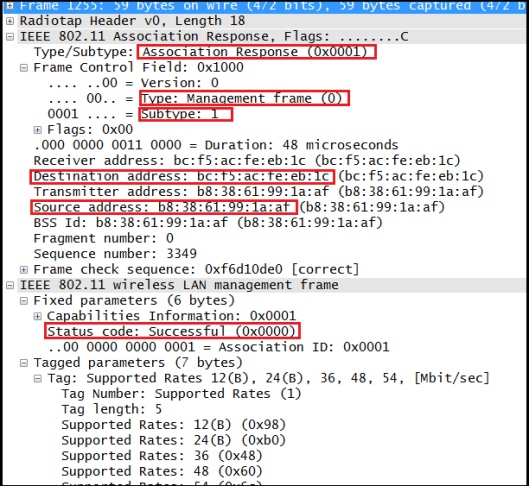 Below shows a sample wireless capture during “shared key authentication” 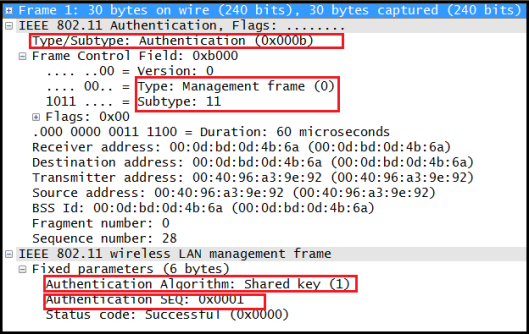 Then AP sends a cleartext challenge to the client station in an authentication response. You will notice the SEQ number is “2” & challenge Text is included. 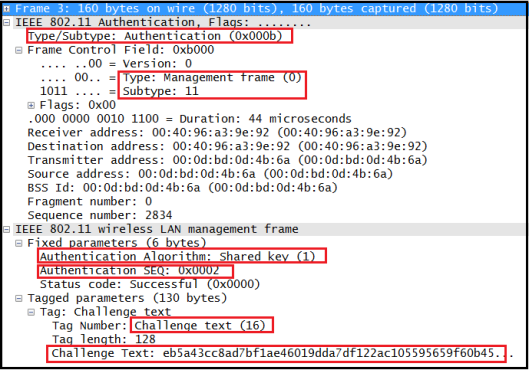 The client station then encrypt the cleartext challenge and sends it back to the AP in the body of another authentication request frame. You will see the WEP header information with encrypted data.

By using the WEP key in wireshark you should be able to decrypt this message. Then you will see something like this. As you can see, it is the Sequence number 3 where AP send cleartext was encrypted using WEP. 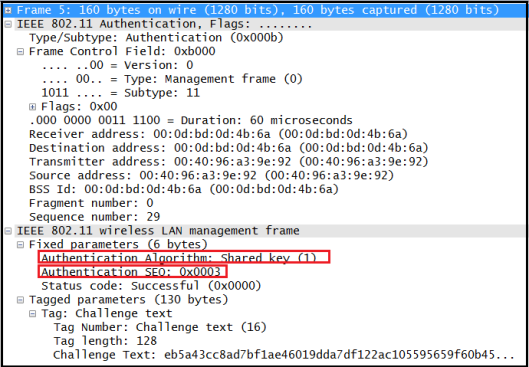 Once AP get the WEP encrypted authentication message 3, AP decrypt station response & compare it with the cleartext challenge.If they match AP will respond by sending forth & final authentication frame to the station. 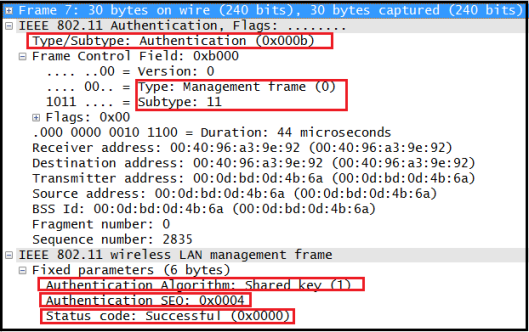 From this point onwards, all the data frame will be encrypted using same WEP key used for authentication.

WEP encryption process steps as below.

As you can see below WEP initialization vector (IV) include the WEP KEY ID details where receiving device can identify which key has been used for encryption.(so it can properly decrypt traffic). Also note that MSDU & ICV information will be go as encrypted text. 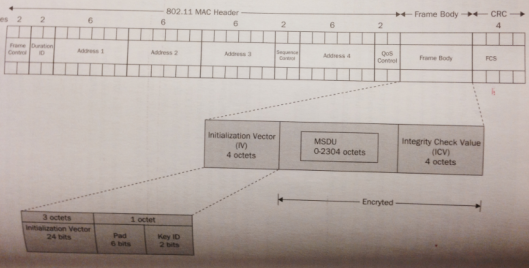 Since WEP has following drawbacks it has been deprecated from using. (TKIP developed to address these issues)
1. IV Collision Attack – 24bit IV it is possible IV collisions occur & an attacker can recover WEP key easily.
2. Weak Key attack –
3. Reinjection Attack – Tools exist that implement a packet injection attack to accelearate the collection of weak IV on a network with little traffic.
4. Bit-Flipping Attack – ICV data integrity check is considered weak.

Not Another Wireless Blog